I have to say, both K and I are lost for words with what we’ve just seen – these photos are truly AMAZING!!! You’ve captured our special day perfectly with all the emotions – watching the photo’s has made us re-live the day again!

It’s not often I get to capture the groom getting ready at Indian weddings, but as Suchil stayed the night before at Jumeirah Carlton. So I arrived super early to capture him putting on his Indian wedding clothes with the help of his brother, before setting outside to capture his official Jaan arrival. Suchil, stopped the streets of Knightbridge with his epic arrival, with coloured flares, dhol players and his nearest and dearest all dancing around him.

Once Suchil made his grand entrance and was greeted by Komal’s family, I went to see Komal for the finishing touches of her bridal prep, before she made her entrance into a beautifully decorated mandap by Nila from EM Designs. Komal and Suchil’s wedding ceremony was emotional, happy and full of tradition just as you’d expect from a Hindu wedding ceremony. After the ceremony was complete, we went outside to Cadogan Square for some portraits before retuning for Komal’s emotional goodbyes’ during the Vidai ceremony.

After the Vidai, everyone headed back to their rooms to get ready for the evening reception. The night was full of brilliantly funny speeches, sumptuous food and some epic dance moves late into the night. Such and Komal, had everything that I love in a wedding celebration, plenty of emotion, loads of beautiful moments between them and their families, tradition and of course some serious shape cutting on the dance floor.

Massive congratulations to Komal and Suchil, thank you for having me as your wedding photographer at Jumeirah Carlton, definitely one of my favourite venues in London.

Right now onto my favourite photos from their Jumeirah Carlton Indian Wedding and Reception. 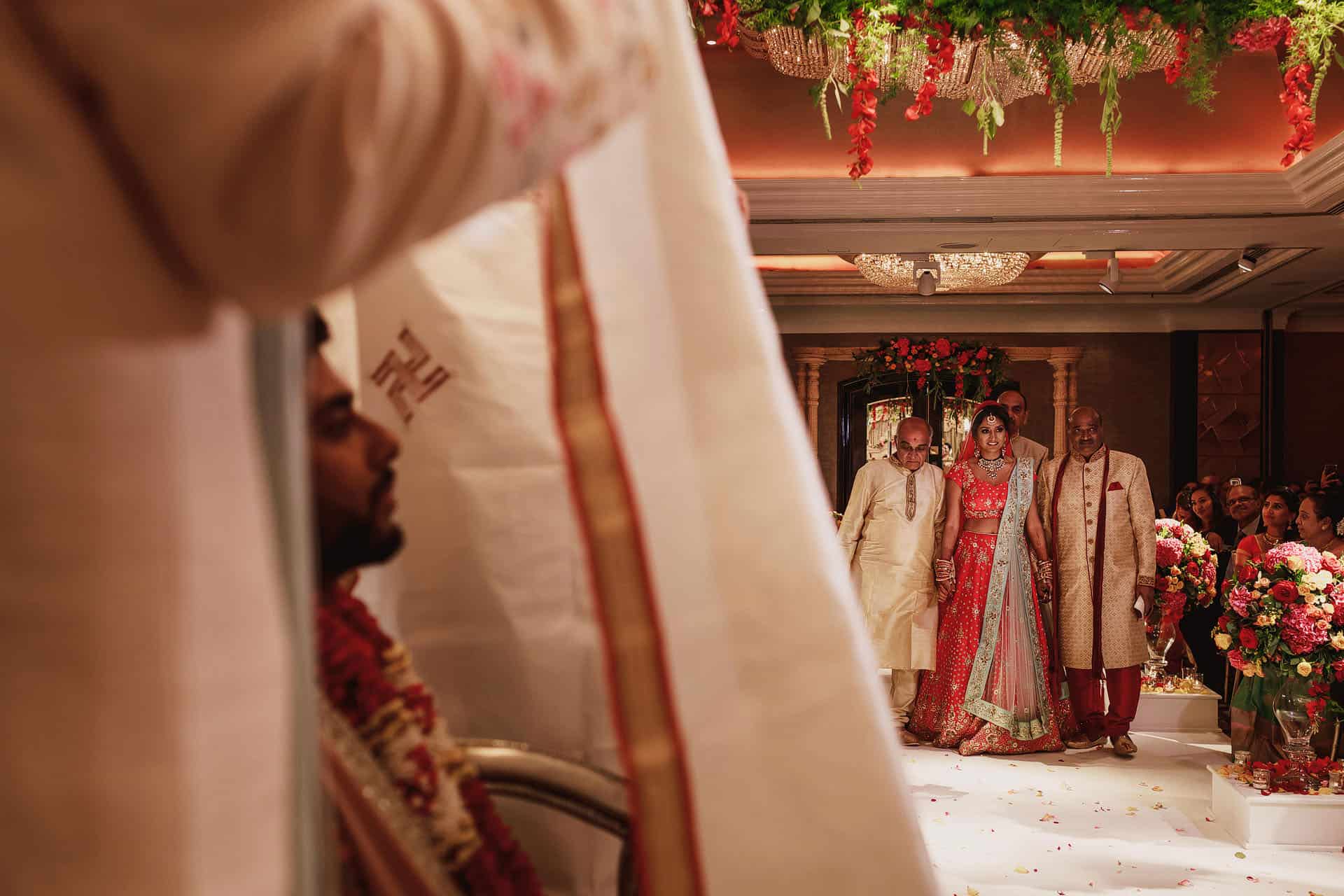 I had an amazing time shooting an Indian wedding at Jumeirah Carlton Tower, Knightsbridge, it was the perfect setting for any Wedding Ceremony. If you’re planning on having a wedding in London, or anywhere else in the world, then please get in touch. I’d love to hear all about it and have the opportunity to be your wedding photographer.